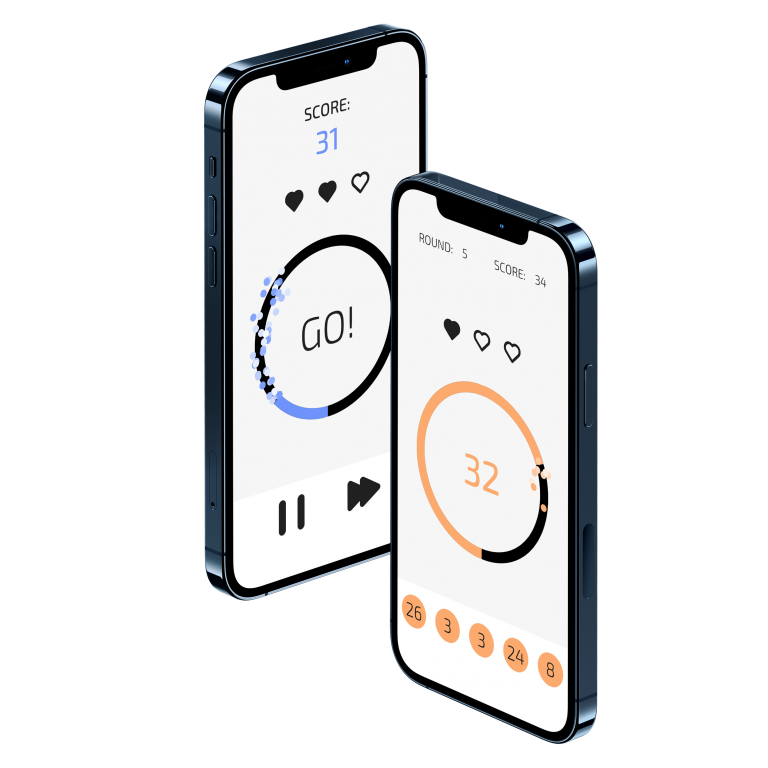 is a simple but challenging game where you have to improve your math skills. In each round a given number must be calculated, to get the result you have a combination of five numbers at your disposal. But beware, time is running out and it gets faster with every round!

A university project by:

We are all interface design students at the University of Applied Sciences Potsdam and this game was created as part of the course „Human-Computer Interaction Design“ by Prof. Dr. Frank Heidmann. The focus of the course was to give a comprehensive insight into the world of design and prototyping of intuitive and appealing products, systems and services. As a group, we decided to create a hyper-casual game that would not make the user feel like they had wasted their time.

First, we created a User Centered Design Canvas based on a survey with 49 participants to define our goal and get an overview of our target audience. 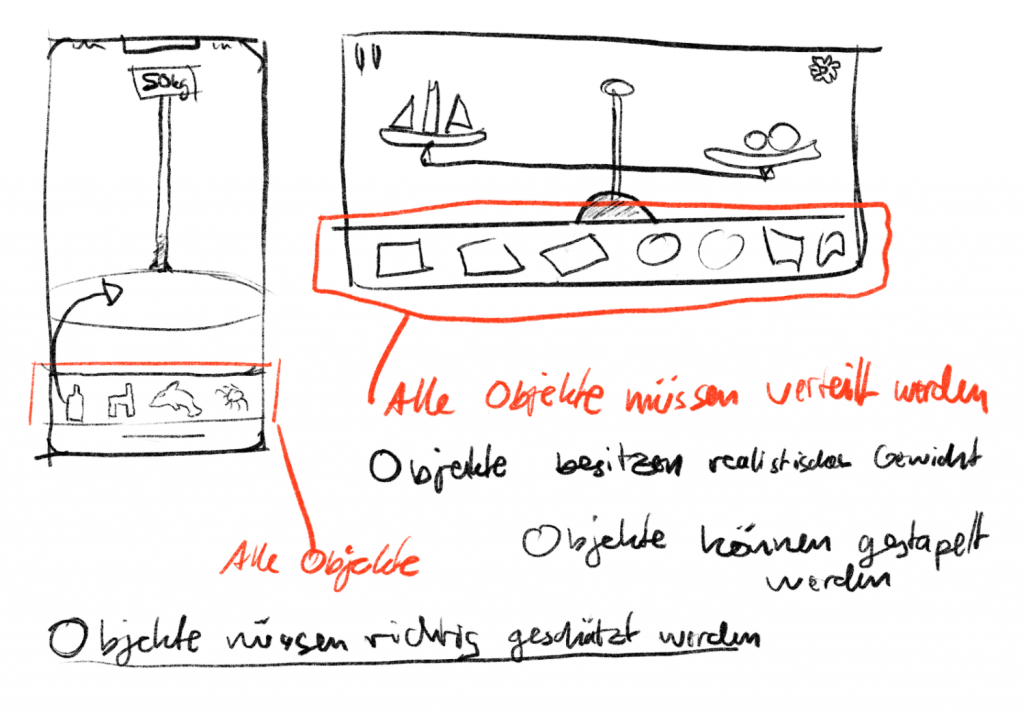 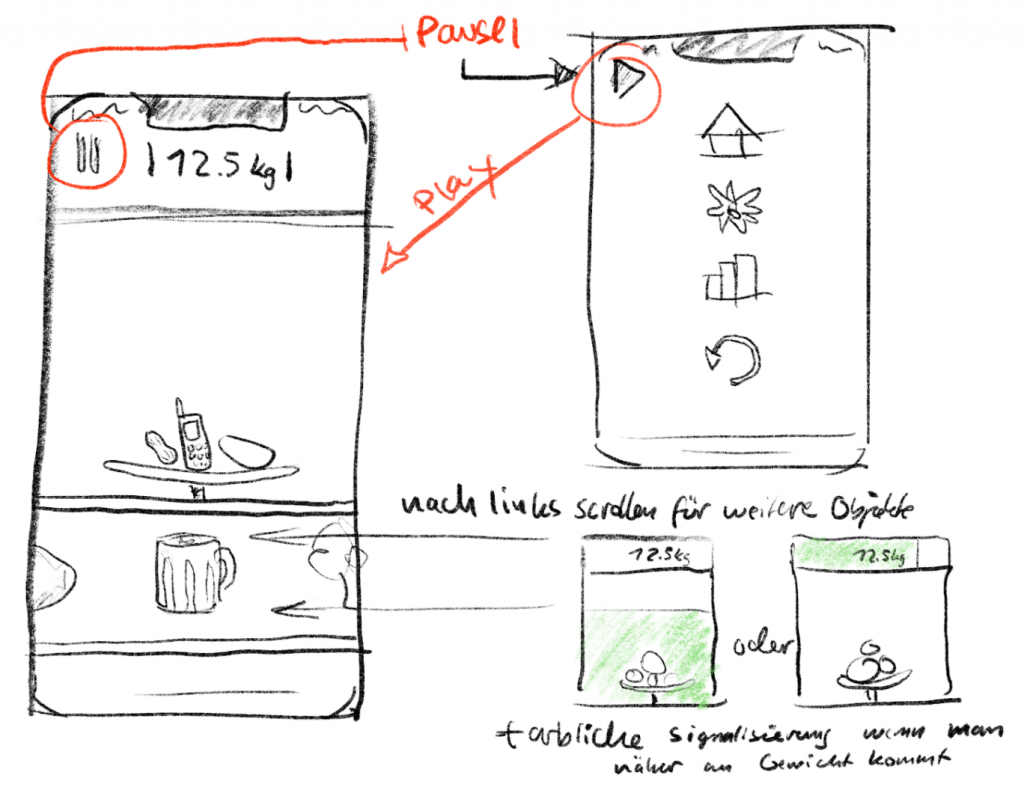 We set the following requirements for our game:

After we had noted the requirements for our game, we collected further ideas and started with first sketches. After some time we agreed on a concept in which the player has to reach a given target weight with a selection of different objects by stacking the objects on a scale.

Based on the sketches, we created two paper prototypes to get a feel for the interface and identify potential design flaws. 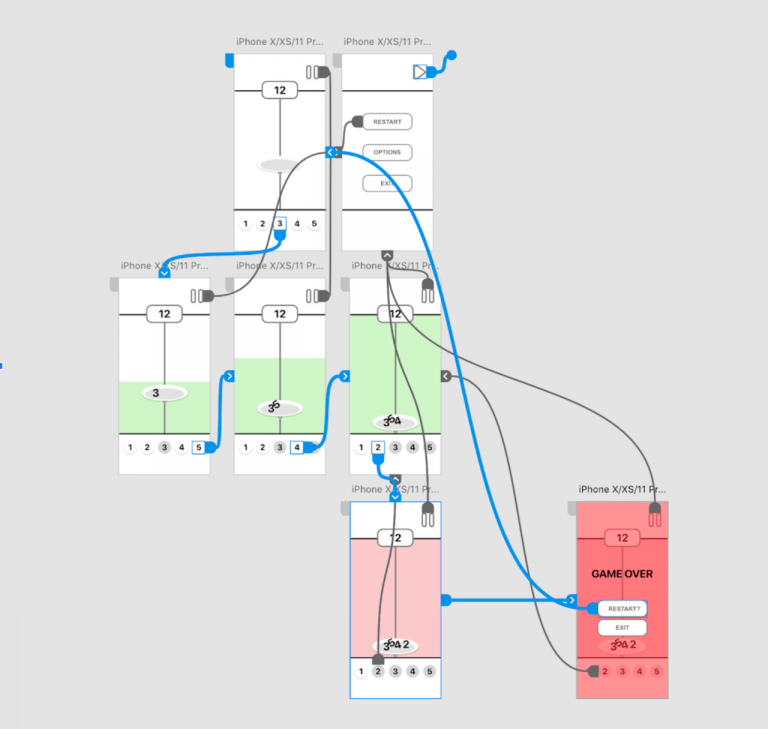 We decided to create another prototype using Adobe XD, as the feel and handling of the paper prototype seemed insufficient for user testing.

After the feedback we got from the usability test, we noticed that we were moving too far away from our previously set requirements. Therefore, we decided to revise the game concept, we wanted the game to be as minimalistic as possible. 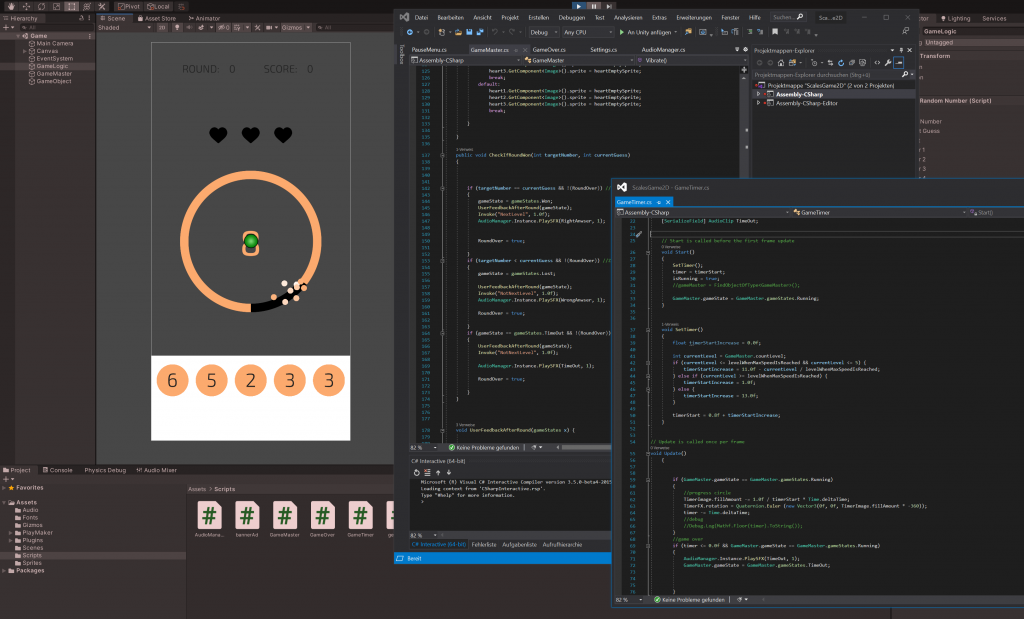 We decided to use the Unity game engine, in which we initially developed the game logic using a visual scripting tool. However, we quickly realized that the logic would quickly become too cluttered and difficult to maintain in a visual representation, so we switched to the object-oriented programming language C#. The sound design was realized with Ableton Live, it was important to us that the users get a good feedback on the current state of the game.